Aloha! So Where’s Your husband? 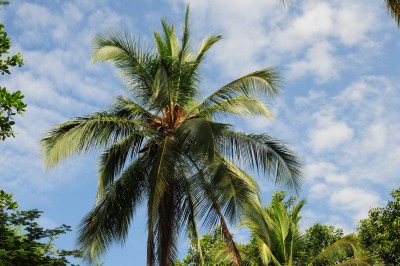 A short while ago, I was fortunate enough to trade in my years of frequent flyer points and take my daughter to Hawaii. It was something I never thought possible. But careful planning of where I bought my groceries and petrol had helped me build up a substantial number of points.

I have travelled before as a single mum, always without issue. No one ever enquired about my marital status. But in Hawaii, it was almost a daily occurrence that someone would confront me by asking “So, where’s your husband?”

The first time completely caught me off guard. I answered truthfully that I was travelling alone with my daughter. That didn’t deter the determined taxi driver. “Oh, so did your husband stay at home?”

I realized that I needed to be more forthcoming but I couldn’t be bothered. I’d never see that taxi driver again.
But there were so many more like him; the hotel clerk, the bell hop, the shop assistant at Macy’s – “Is your husband resting somewhere while you ladies shop?” There seemed to be an expectation that my husband must be lurking somewhere nearby. The constant enquiries started to bother me. Despite the fact that the Hawaiians are probably the most hospitable and delightful people I have ever met, they are also ever assuming and have no problem delving into your personal life with all the casualness of a ‘How was your day’.

The ever-growing assumption that I must be married and travelling with my husband surprised me given that America has over 30 million single parents! Clearly my marital status was not that unusual. But is seems Hawaii, far removed from the chaos of the mainland, lives in an idyllic state of bliss. Things go well in Hawaii; its people are generally content. Maybe their marriages are too.

In hindsight, it was kind of refreshing to be around people who assumed that marriages last, that women with children must be married. It’s an old fashioned perspective but one that holds its own charm. Instead of being defensive, I relaxed and recognized that it wasn’t invasiveness but cordiality. They were just being friendly, albeit on the back of an outdated assumption.

So the next time I was asked about my so-called husband, I relaxed, smiled and said “I’m divorced. I’m a single mum, so it’s just us girls travelling, thanks! ” No further question was ever asked. I smiled, they smiled. It was all good.

Rather than shying away from the fact you are single, say it with pride. Be comfortable saying it in front of your children. It makes a difference how they perceive their situation too. We are what we are; single Mothers, Moving Forward!