One of Those Days...

One of those days... 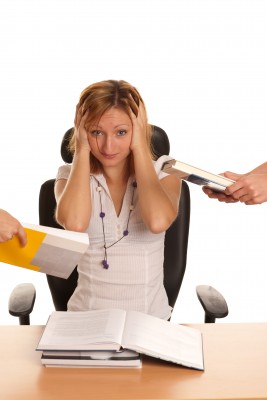 Today was definitely one of those days. You know the type; the one where you wish you could go back to bed.

I missed the alarm. I jammed my palm in the juicer machine as I slammed down on the apples. I grated a finger. Yep, my start was a doosy. And all I was trying to do was be healthy.

I tried to ignore it. I smiled. I put a band aid on my finger. I thanked the Universe that it wasn't the other way around and I'd juiced my finger instead. But the day continued to bring one frustrating work situation after another, my bad mood deepening with each incident. By mid afternoon, I‘d had enough and sought the comfort of daytimeTV. I stopped cold in front of Days of Our Lives.  Was it really that bad? The sun was out and that's always something to celebrate.

Lying on the grass a few minutes later, I reflected on myself. What was my problem? So my internet company was driving me mad; I could change them. So my email stopped working; I could take a much needed break. So I hurt my finger; I have heaps of band aids. None of them was big in itself. All of them though were frustrating little things that I had allowed to build. I could have dismissed each one as they happened and not allowed a connection; lots of Lego blocks on the grass, rather than one huge Lego Eiffel Tower.

Closing my eyes, I breathed deeply, refocusing and calming my senses. I listened; cars ahead, birds behind, people talking. Life was going on. The scent of my potted frangipani softened my frustrations. I melted under the sun’s warmth and into the softness of the grass beneath me. I grounded myself. Then I slowly started back to life.

Sit quietly and a butterfly has somewhere to rest. That’s what my grandmother always told me. When your day starts out hassled, stop, dismantle the Lego blocks and toss them aside. Ground yourself. Put grass between your toes. It helps. We might be mothers moving forward, but we all need to stop sometimes and smell the frangipanis.