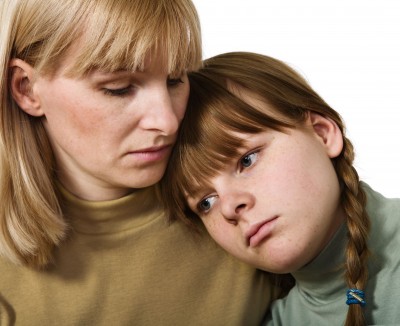 This week was an eye opener. It reinforced to me what I already knew as a steadfast truth: that single mothers are a passionate lot. I never doubted their passion for their children. That has been evident in every interview I have conducted for my upcoming book. But never has the passion for themselves been so loud nor so rightly placed as it will be in a week's time.

In Australia, the government has handed down a mammoth mistake. Single mothers whose resources are already well stretched are being asked to cut back even further and sacrifice their lives and their children’s for the betterment of the country.

Of course that’s not how the government put it. They simply want to ‘encourage’ single mothers to head back into the workforce if their youngest child is over eight years of age. But in implementing such ‘encouragement’, they take from single mothers and their families between $60 -$120 per week. Across the country, that’s around $800 million dollars over the next four years. That may be argued as being for the betterment of the country in the short term, but its impact is hell both in the short and long term for every single mother and their children. For many, it’s forced them over the edge into poverty and into the already over-burdened hands of charity. How does that better society on any level?

I am all for single mothers working. I believe it expands a woman’s self esteem, confidence and self worth. Of that there is no issue. But forcing women who are not able to work for a myriad of reasons, has the opposite effect. Many do not have the support networks required and would have to rely on the before and after school care system, which often defeats the purpose of working as it is so expensive. Many need to work school hours to avoid such fees, but there are few jobs available like these to accommodate the masses. There simply has been no processed thought to this cut back apart from a money re-allocation exercise.

So on February 5th an Australian wide rally has been organised by The Single Parents Action Group. Every city is involved. Many mothers are ironically taking time out of their jobs to attend. I will be one such mother. I am fortunate to work for myself, but this dilemma is a universal one. It needs one, strong, unified voice to be heard and understood.

Join in the rally on February 5th. Stand united and voice your concern. Like anyone else,  you have a right to be heard.

Vicki Morrison is the founder of Mothers Moving Forward and the author of the children's picture book, So Shy.