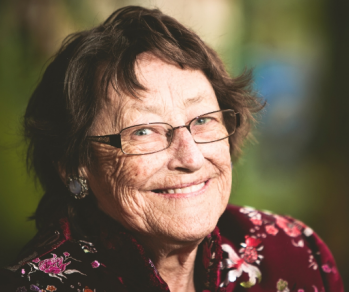 An extraordinary children’s rights activist-and single mother- passed away this week: Barbara Holborow.  She single handedly changed the rights of Australian children and gave them hope where there was none.

Barbara, a former Children’s Court Magistrate, spoke publicly for those without a voice: our children. She was a single mother of two and a foster mother to eight other children throughout her years. She was a remarkable giver; a child protector and nurturer, with the unstoppable attitude of ‘children come first’.

As mothers, there is so much to learn from this exceptional woman. She was not only a mentor to thousands of children , providing them with hope and improved self belief, but she equally became a role model for thousands of women wanting to raise their standards as better mothers and people. Every time she spoke, every time she acted, it was always with the rights of children at the lead. Children come first. It is what I also firmly believe, which is why her words regularly brought me to tears.

As mothers, we have a duty to care, nurture and protect our children, not only from others, but from ourselves. How we act, speak, and think ultimately impacts our children, not just in the short term, but for the rest of their lives. If we do not value ourselves enough, nor do they. If we allow others to step over our unmarked boundaries, then they will have no concept of what a boundary is.

As women, we need to be strong in the face of difficulty. We need to do this for ourselves AND our children. If there are times when you cannot bear to face the day,remember, you owe it to your children to do so. It is your duty of care to them. They need to believe that life can be great, no matter the circumstances of today. Barbara Holborow changed the lives of many children. By intervening and taking back control, Barbara righted many wrongs and children’s lives were transformed by her strength in making decisions that had the children’s best interests at heart, not the government’s or politicians’, nor her own; just the children. The children always came first.

Barbara, 2012 NSW Senior Australian of the Year, was a woman of exceptional strength and compassion. But it was her unwavering sense of justice that I most regarded. She championed so many children across this vast country of ours. Our responsibility is simply to champion our own.

As mothers, we need to band together and support one another to make compromises where needed, for the sake of peace in our children’s lives, not fight for the principle which is usually never in our children’s interests. We need to work together to find our strength and establish boundaries that we won’t allow to be overstepped. By respecting ourselves, our children learn the value of respecting themselves as well. Our children need us. We need to rise to their needs. We are their guides. We are their champions. We are Mothers Moving Forward.